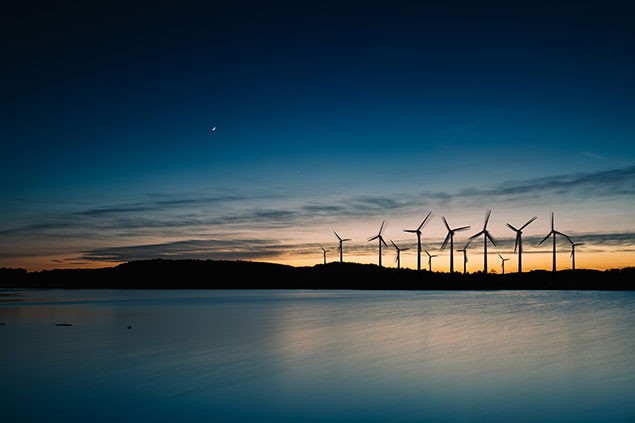 Wind power in Scotland is still one of the fastest-growing renewable energy technologies, with over 9300 Megawatts of installed capacity reported as at June 2020, the vast majority being onshore. When looking at the whole UK there are roughly 8,600 commissioned onshore wind turbines and 2,300 offshore turbines but one of the lesser reported statistics is that many of the current turbines are well into their life cycle. A recent report estimated that around 240 older and typically smaller, less productive turbines will be taken out of service each and every year between now and 2050.

Ongoing reliability is also an issue so maintaining the current network of turbines and support infrastructure is therefore becoming increasingly demanding as components and systems gradually wear out. More inspection and preventative maintenance is therefore needed - that is where Quartzelec excels - and why it is increasingly being called upon. One of the wind farms in Aberdeenshire, for example, recently had a particular problem with a Schneider NS800 circuit breaker malfunctioning and as the wind turbine breaker would not work automatically, it resulted in the wind farm going offline.

Quartzelec quickly sent a qualified engineer to the remote site, where a full test on the circuit breaker was carried out. The motor mechanism was found to have been burnt out but fortunately, the client had a spare motor mechanism in their stock which meant a replacement could be carried out immediately. The system was then fully tested, ensuring the circuit breaker was again running correctly in automatic mode; thus enabling the wind farm to return to being fully operational again.

“With aging equipment becoming far more common across the renewable energy sector, our expertise, combined with being on-hand to promptly respond to incidents as they occur, means that faults can be prioritised and sorted without delay,” stated Colin Nicol one of Quartzelec’s Regional Sales Engineers. “Our primary focus is on reducing downtime and getting a wind farm, or any other LV or HV operation, back online as quickly and as cost effectively as possible, whilst keeping lost production to a minimum – and this is an area we have proved to be really strong at.”